Steven John Carlson, left, a suspect in the 1984 murder of 14-year-old Tina Faelz of Pleasanton, Calif., is escorted from the courtroom following a pre-trial hearing at Alameda County Superior Court, Monday, June 18, 2012 in Oakland, Calif. Faelz was stabbed to death on her way home from school. Carlson, 16 at the time, was an older classmate of the girl's. He was arrested after a recent test of his DNA was matched with evidence in the cold case. (D. Ross Cameron/Staff) 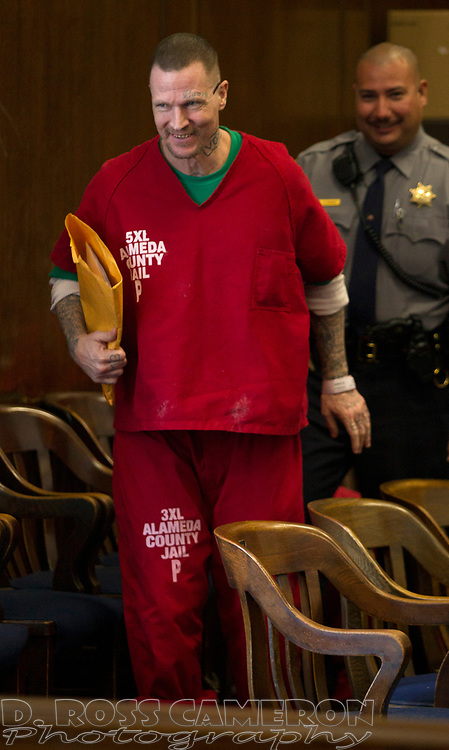