Irony was the key word for Marcia Bever of Menlo Park, Calif., from left, Cherri Giovannini of San Carlos, Calif., Cindy Giovannini of Mountain View, Calif. and Michele Giovannini of Los Angeles as they protested the prohibition against alcoholic beverages, at the 100th running of the Bay to Breakers 12K through San Francisco, Sunday, May 15, 2011. Plagued by complaints about public urination and vomiting from residents along the race route, organizers announced a zero-tolerance policy on alcohol for the 100th running of the iconic footrace, but not all participants were at peace with the decision. (Photo by D. Ross Cameron) 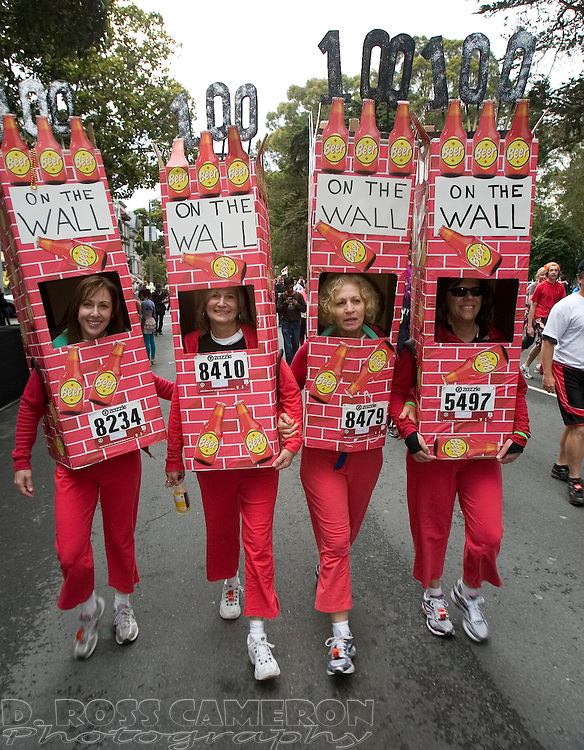