A runaway dump truck lies on its side at the scene of a three-car accident at the intersection of Lincoln Avenue and Montana Street in the Dimond District of Oakland, Calif., Monday, July 6, 2015. The truck was traveling west on Lincoln lost its brakes on the steep hill and ran into two parked cars and a cyclist. At least two people were transported to area hospitals, but police said their injuries were not serious. (D. Ross Cameron/Bay Area News Group) 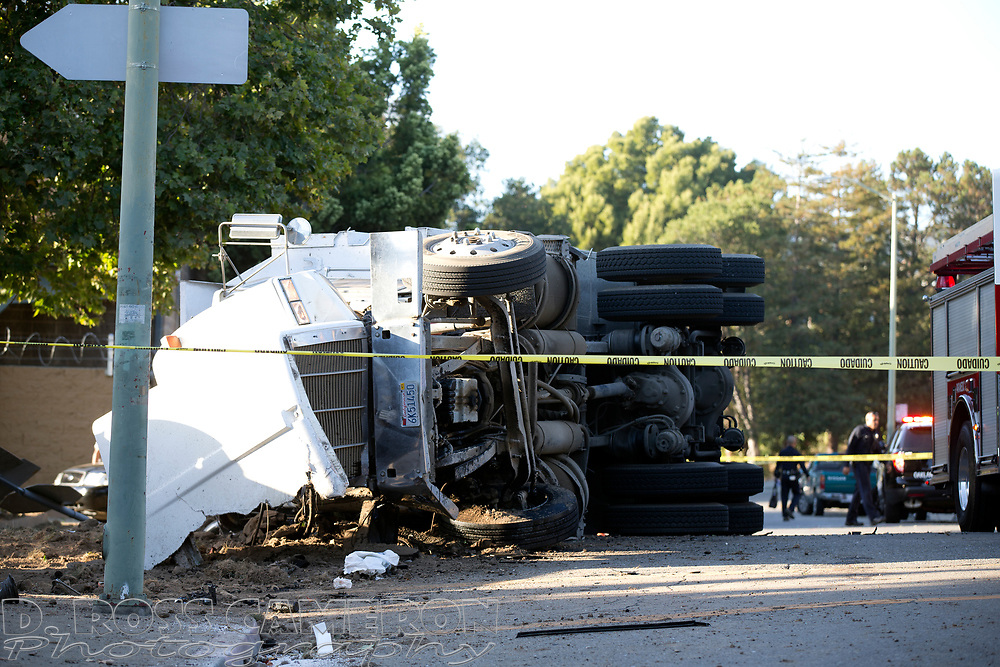